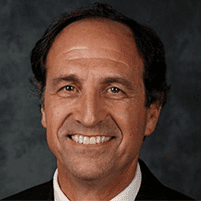 Menopause may be a natural part of aging for women, but the symptoms it causes can take a significant toll on quality of life and overall health and wellness. Paul Battle, PA-C, at Remedi Health has extensive experience helping women manage menopause symptoms and protect their health with bioidentical hormone replacement therapy. To learn more, call one of the offices in Golden, Colorado to schedule an appointment.

Menopause occurs when the production of the hormones declines as a result of aging. Although these hormones are most closely identified with reproductive health, they exert an influence on virtually every part of the body. Their decline can cause an array of symptoms as well as increase the risks of several medical conditions.

Menopause symptoms typically begin in a woman’s 40s, with periods ending usually by age 55. The time leading up to the complete cessation of periods is called perimenopause. A woman is said to be in menopause when she hasn’t had a period for 12 consecutive months. Symptoms can begin during perimenopause and continue beyond menopause.

What symptoms occur during menopause?

During perimenopause, women may develop classic menopause symptoms such as hot flashes and night sweats. However, they’re most likely to experience changes in their menstrual periods, such as irregular periods, heavy bleeding, lighter periods, and spotting between periods.

The classic symptoms of menopause include:

Some women may have many symptoms, while other women have very few symptoms.

Can I still get pregnant during perimenopause?

Although fertility levels drop prior to menopause, a woman can still get pregnant during perimenopause, and birth control should be used to prevent unintended pregnancy. Once menopause occurs and periods stop, pregnancy cannot occur.

Can menopause be treated?

A variety of treatments are available to manage menopause. Some treatments like vaginal lubricants or medications to aid in sleep can address specific symptoms, but many women benefit from bioidentical hormone replacement therapy (HRT) to replace hormones.

Bioidentical hormones are chemically identical to the hormones produced by your body, so you have fewer side effects and risks during treatment. Paul performs a biochemical analysis of hormones to ensure dosing remains optimized for your evolving needs.